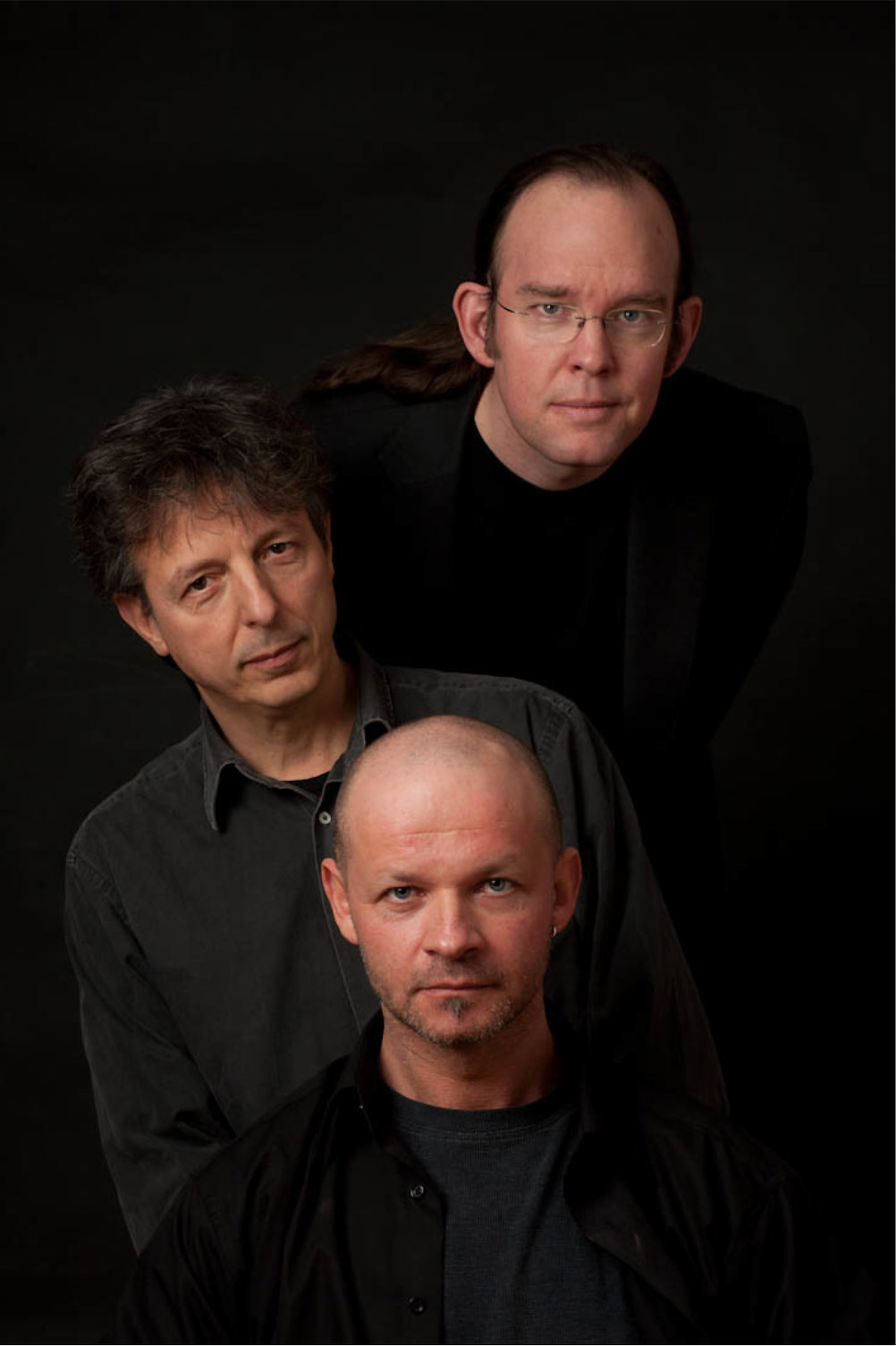 The Lion, the Wolf, and the Donkey

When you walk through the woods at night, or through an empty town square, or by the sea, watch for, listen for, the Lion, the Wolf, and the Donkey. Which one is which? No one knows. Does the Lion play the percussion? Is it the Wolf? Who’s playing harp? Does it matter that none of these animals have thumbs? Don’t you need thumbs for the bass?

These are the eternal mysteries. As with many others of their generation, Park Stickney, Gigi Biolcati, and Dino Contenti grew up hearing the legends, wondering if the old tales could be true, shivering by the cooking fires as they listened to the elders and the passing itinerant oboists. The three have now completely adopted the style and traditions of the “Modern Jazz Harp Trio,” immediately recognizable by their clothes, food, jargon–even by their authentic.

Park Stickney explodes the harp’s limits and myths with jubilation, virtuosity and extreme musical tastiness. Anyone who thought that the harp was just sweet glissandos and quiet plucking will have a sonic wakeup call.

Born in Arizona, he studied at the Juilliard School in New York. He lives simultaneously in Brooklyn and in Valeyres-sous-Ursins, Switzerland, and travels the world, dividing his time between concerts, composition, and teaching.

Gigi Biolcati began playing drums at the age of 11, with dance groups in Italy. For some time he played blues, funk, soul with Aida Cooper and pop music with Cristiano DeAndré. Then followed a stint with dancer Koffi Kokò from Benin, he moved to Africa to search for the original roots of rhythm. His approach to music is linked to the essence of communication: control of sound, interaction with other musicians, trust and mutual awareness, which are all necessary to recreate the power of a magic ritual in a concert.

Dino Contenti started playing jazz in his late twenties, after a lifetime of rock, blues and pop, with secret classical bass studies at the Cuneo Conservatory on the side. Since then he’s been an active presence on the Italian jazz scene (Riccardo Zegna, Pietro Tonolo, Claudio Fasoli, Gianni Coscia, among many others), and has performed with international jazz royalty like Jimmy Cobb, Barney Kessel, Garrison Fewell…